Sara Nelson has served as the International President of the Association of Flight Attendants-CWA, AFL-CIO since 2014, and she is currently serving her second four year term. She first became a union member in 1996 when she was hired as a Flight Attendant at United Airlines and today she represents 50,000 of aviation’s first responders at 20 airlines. The New York Times called her “America’s most powerful flight attendant” for her role in helping to end the 35-day Government Shutdown and InStyle Magazine placed her on their 2019 Top 50 Badass Women list.

Sara led AFA’s efforts to achieve eighteen legislative victories in the FAA Reauthorization Act of 2018, including achieving a two hour increase in minimum legal rest for Flight Attendants and other efforts to combat fatigue on the job. Before that, she led the 90-day campaign to reverse national security policy to keep knives and other weapons off planes. She also crafted the campaign for “100,00 Eyes in the Skies,” which successfully resulted in mandatory training for Flight Attendants to recognize and report human trafficking.

As international president, Sara serves as the Chief Spokesperson and Administrator of the union to further the objectives and policies set by the Board of Directors comprised of locally elected Flight Attendant leaders. The international president oversees the union’s professional staff in Legal, Collective Bargaining, Government Affairs, Communications, AFA-EAP/Professional Standards, Air Safety, Health and Security, and Organizing. Her union position is full-time, but she remains a qualified Flight Attendant.

Sara has served as a leading voice on issues facing women in the workplace and across the country, encouraging women everywhere to “Join Unions, Run Unions.” Sara highlighted aviation safety and security risks during the longest government shutdown in U.S. history and called for a General Strike. In addition to the New York Times and InStyle Magazine, CBS Sunday Morning, The Guardian, The Nation, The New Republic, Cosmopolitan Magazine, Salon, Splinter, In These Times, Corvallis Advocate, Strikewave, Conde Nast Traveler, The Points Guys Podcast, and State of the Unions Podcast have featured her work. She has published op-eds in The New York Times, Vox, and USA Today.

Sara is passionate about AFA’s continued mission to achieve fair compensation, job security, and improved quality of life for aviation’s first responders as well as a safe, healthy and secure aircraft cabin for passengers and crew alike. She believes Flight Attendants can play a pivotal role in strengthening the Labor Movement with more public contact than almost any other job and access to every corner of the earth.

In the broader Labor Movement, Sara serves as a member of the AFL-CIO Executive Council, the Communication Workers of America Executive Board, the Transportation Trades Department Executive Board, the Labor Advisory Committee for Trade Negotiations and Trade Policy, and the International Transport Workers Federation Civil Aviation Steering Committee. She has received the prestigious Jones-Blizzard Award from the United Mine Workers of America, the AFL-CIO MLK Drum Major for Justice Award, and the Eleanor Roosevelt Human Rights Award from Jobs with Justice.

Sara grew up in Corvallis, Oregon and earned a bachelor’s degree from Principia College with majors in English and Education. She resides in the DC area with her husband, David Borer and son Jack.

Debora Sutor is a 30-year Flight Attendant with Envoy Air, formerly American Eagle. She became AFA’s International Vice President on June 1, 2014 and was recently re-elected for a second term.

Debora’s extensive experience within the AFA structure, holding numerous elected positions in local leadership and serving on various International committees, enables her to assist in furthering AFA’s mission for economic and social justice for all Flight Attendants.

“As aviation’s First Responders, Flight Attendant have a crucial role in the safety and security our nation’s air transportation infrastructure. I am proud to work alongside dedicated Flight Attendants who have devoted their careers to raising the standards for all crewmembers. I am excited to be part of such a vital movement and will work tirelessly to ensure that we use our collective strength to make the requisite improvements that AFA members deserve,” said Debora.

Prior to her election as International Vice President, Debora served as Master Executive Council Vice President for Envoy and was most recently instrumental in successfully navigating Flight Attendants through difficult bankruptcy negotiations.

A lifelong resident of Chicago, Debora and her husband Steve have four sons and 5 grandchildren. 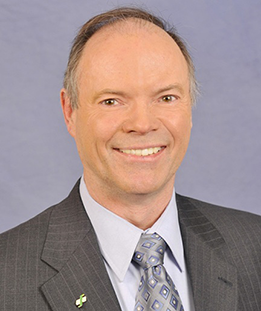 Kevin Creighan is a Flight Attendant from United Airlines and has held office as AFA’s International Secretary-Treasurer since October 2005. First appointed by the AFA International President to fill a vacancy for the unexpired term of the previous Secretary-Treasurer, Creighan has since been voted to four full terms by the delegates to AFA’s Board of Directors meeting.

Kevin’s skills and experience make him uniquely qualified for the position of Secretary-Treasurer. Prior to his election to international office, Kevin was a local council officer from the time United’s London Flight Attendant base opened in 1991, serving as Local Council President of Council 7 for 12 years. Kevin also served on AFA’s Finance Committee at the national level for 10 years before taking international office.

“We will continue to protect our collective bargaining rights and use our collective strength to make the improvements our members need,” Kevin said.

Prior to becoming a Flight Attendant and union activist, Kevin served as a finance officer in the United States Air Force, beginning in 1980. He later served in the Air Force Reserve as a contracting officer, doing financial work and supporting contract negotiations

Kevin grew up in Peabody, Massachusetts. His wife and life partner, Cathy, is a retired United Flight Attendant and AFA activist. Kevin has a bachelor’s degree in economics from UMass Amherst and a master’s degree in Business from Western New England College.